Procedure of a clairvoyant session

During an intake talk issues are brought up and discussed, after which via my higher self I contact the higher self of the client. Through my clairvoyance, images are transmitted about the situation, followed by an energetic treatment – clearing or a channel session, which is guided from the spirit world through my channel. During a clearing, amongst other things, the predecessing lines of ancestors, themes that run in the family, past live issues and relationships to certain people, are being clarified. In a channel session all kinds of questions can be asked, which will then be answered by the spirit world through me as a medium.

Clearing means to clean energy, transform, clarify or liberate of one’s thought-, and behavior patterns or of foreign powers. By clearing verdicts, vows, oaths, connections and arrests can be resolved and redeemed. Through the connection to the cosmic Rays, life or issues are brought in order and this creates the freedom to cope with life in the here and now.

Channeling literally means ‘to receive messages through a channel’. In other words being a channel or medium for the spirit world. Angels, nature beings, fairies, elves, deva’s and gnomes as well as Ascended Masters, star beings and dragons look forward to talking to people and answer their question with a lot of love and patience. Channeling is not fortune telling, instead the spirit world gives advice and shows possibilities to understand each situation.

The appointment is binding and the full amount must be paid in case of cancellation.
Changing an appointment can be done without any additional costs untill 24 hours before the original one.

It can lead to longer waiting times for individual sessions.
Individual meetings will be held in the German language, as it is my native language and as the sessions are led by the spirit world, I unfortunately have no influence on the language.

I am Kali warrior of truth, transformation channel, easiness, movement, dragon rider, motherliness, love, warmth and goodness. I work in the earth grids of the fire dragons. I am the sword whose ray works to loosen the core of evil! My ability lies in recognizing occupations and attachments and dissolving those energies. The dissolution of un-free programming and initiations. The fierce and ferocious power of Kali energy demands courage for honesty and truthfulness as well as courage for emptiness and silence. She demands constant change, she hits the core or the root of evil. Kali´s sole interest is the truth and nothing but the truth. Kali is the lady of the unknown, dark mother goddess of dissolution/ destruction and renewal. The unbridled, direct, clear, purposeful, shameless, feminine power. Kali is an expression of the mother god energy that has agreed to fight against the deamons for the sake of truth. 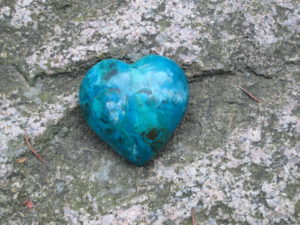 The session lasts about 1 hour and the compensation is 50,-euros.
Unlike channel sessions, it is not guaranteed that the contact can be made, as
this depends on what plane the deceased are at present.

If the contact is not possible, nothing will be charged.